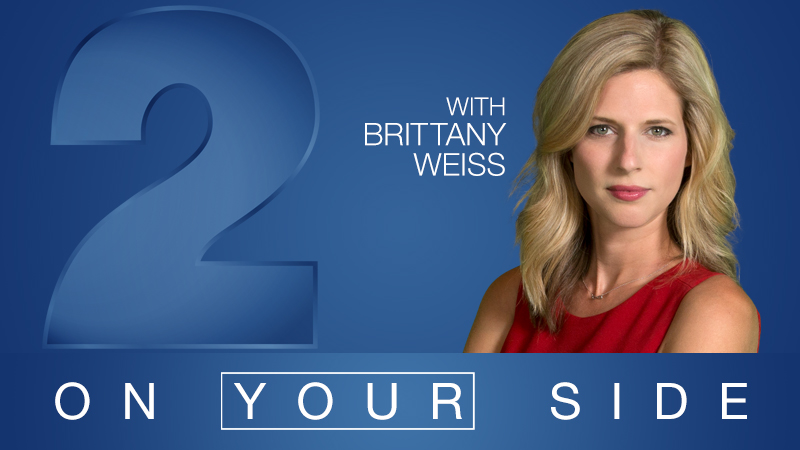 2 On Your Side with Brittany Weiss is here for you.

BATON ROUGE - The storm that dumped a few inches of rain in the Baton Rouge area on January 29, took a toll on a portion of Ward Creek in the Westminster neighborhood.

Some people backing up to the creek on Drusilla Drive are worried their property could go next.

Christopher Theriot moved into his home about a year and a half ago. He says he knew there was an issue then but he had no idea it was escalate this quickly.

"With every rain a piece has fallen off," he said.

Theriot has lost feet of land behind his home. Two weekends ago a large chunk of land fell into the creek and took two utility poles with it. One of the poles sparked a fire in the tree and took the power out for several hours. A power crew came to do what they could, but it doesn't appear there's any land to replace the pole. Theriot's fence is inches away from falling into the creek.

"I'd say it's about six inches away from touching my fence," he said.

Right where his three young children plan in the backyard.

"I would like for it to be fixed and I would not like to not have to worry about my children playing in my back yard falling into a drainage system," Theriot said.

Marcus McDonald has tried to stop the erosion himself. He says he brought in loads of clay and filled in the area that had been eroding behind his property. He also planted trees, but with all that work says he has still lost about 10 feet of land to the creek.

Behind his house there's a sewage pipe that crosses Ward Creek and connects to a manhole. The dirt is washing away around that manhole.

"As this ground washes out, if this goes and all that breaks open, then that's all sewer going into the creek," McDonald said.

A few houses down, the walls of the creek are concrete-lined. There are problems there that are being repaired. The Parish is making a $230,000 repair to the canal using American Rescue Plan funding and that's been in the works for several months.

McDonald and Theriot say they have been in contact with the parish for a long time. So far, no work has been done to prevent damage from happening.

"It's very frustrating when no one seems to want to do anything about it," McDonald said.

As for the area just upstream from the concrete-lined canal where McDonald and Theriot live, the parish says it will address these concerns as soon as possible. There doesn't appear to be anything scheduled yet.